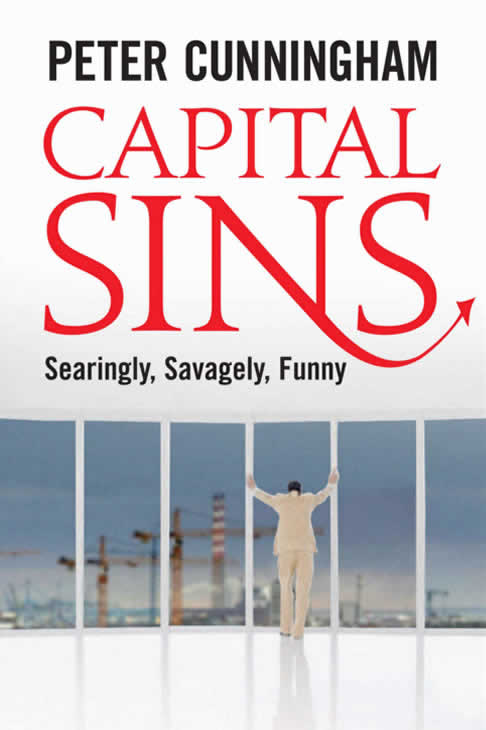 “He owned one-third of a deep-sea trawler, a box in Old Trafford, a private jet. Four serious cars, wines of sublime vintage. A dozen racehorses . . .
And yet – and yet he wasn’t free . . .”

Ireland. No one can speak of anything but property. Real estate moguls gorge on massive loans as bankers, egged on by politicians, trample over each other to lend more and more.
But at the heart of this unholy multi-billion alliance lies a hideous truth: the whole façade is built on sand.
Here, with devastating accuracy and savage humour, is the story of the final year of the Celtic Tiger.

The Sea and the Silence

Set in the fictional landscape of Cunningham’s native city and surrounding countryside, The Sea and the Silence is an epic love story that takes place during the mid-1940s inside the fading grandeur of the Anglo-Irish class.

Winner of the Prix de l’Europe 2013 (as La Mer et La Silence), short-listed for the Prix des Lecteurs du Telégramme and the Prix Caillou, it has attracted significant critical attention and praise on both sides of the Atlantic. Booker prize winner Roddy Doyle described it as “A truly terrific novel —moving and hugely entertaining.” The Chicago Tribune said: “[A] book so brilliant, so moving, so enchanting . . . [that] your world is henceforth altered.” The Irish Times described The Sea and the Silence as “A book that will shorten any journey.

“Cannot come more highly recommended. Once started it must be finished, and once read, it must be re-read.”
-Susan Connolly, Sunday Business Post Prize.

“Delightful . . . as moving as it is skilfully told.”
– Sheena Davitt, Daily Mail

“A book which will shorten any journey.”
-Eilis Ni Dhuibhne, Irish Times

“In those first months, being in Monument pierced me; but in time she became as I had thought of her on my very first visit: a port that was more Mediterranean than Irish, not just because of the sense of relative plenty in an Ireland that was striving to survive on war rations, nor because of the exotic faces one encountered when ships were in; but Monument herself, in her architecture of terraces and arched doorways, her labyrinth streets, lanes, courtyards and back steps, and her almost Moorish churches discovered behind an ancient palisade or beyond a rusting portcullis might well have been forged in a distant land and floated in one foggy morning from the sea.”